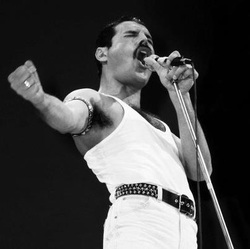 Freddie Mercury - best front man ever ?  I would say almost certainly -- probably. A great musician and incredible voice. We will not see his like again.

Queen were much more than just Freddie, but he was I am sure the major creative force in the group.

For the record, Brian May is a superb guitarist, Roger Taylor a very good rock drummer and John Deacon an excellent bass player.

Freddie was the one we went to see and looked at.

1985 - Wembley - LiveAid.  It has already been a long session. Queen's career is perhaps flagging a little, as is the crowd.
They come on stage and give the audience just what they want. Just over 20 minutes of hit after hit after hit. Grandparents stand with their grandchildren clapping in time to "Radio Gaga" and "We Will Rock You" - truly gob-smacking scenes as the crowd goes wild. 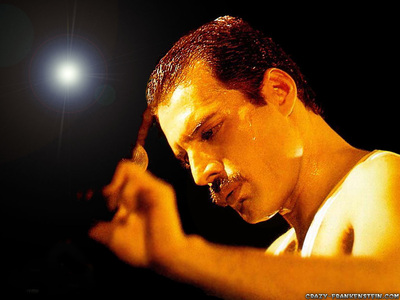 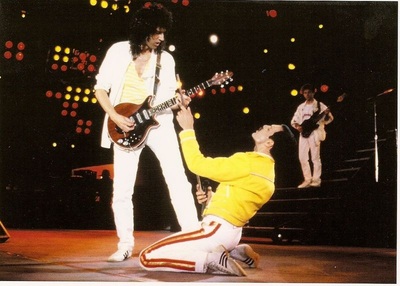 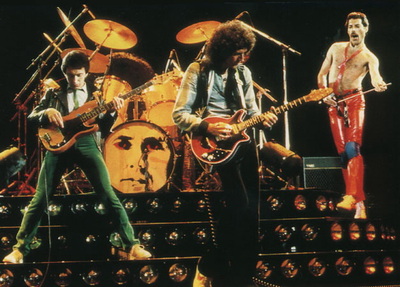 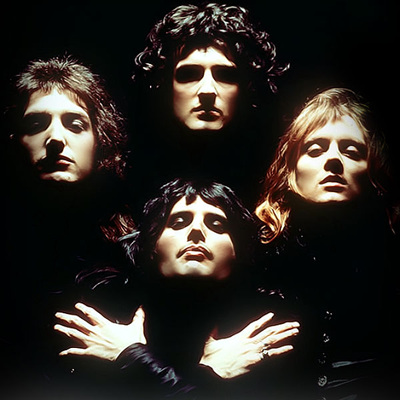 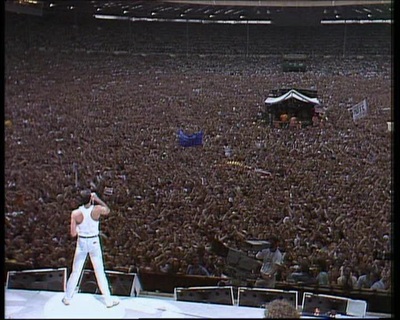 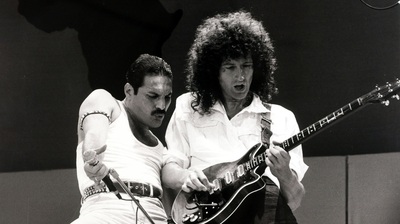 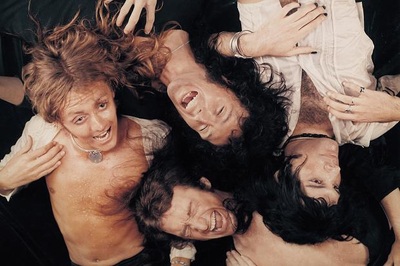 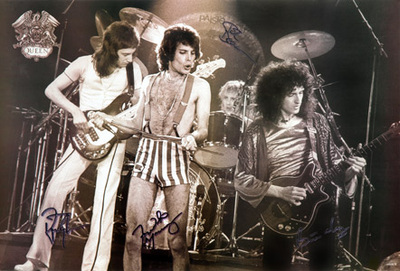 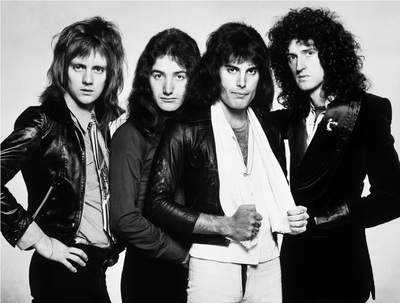 Just six songs : "Bohemian Rhapsody", "Radio Gaga", "Hammer To Fall", "Crazy Little Thing Called Love", "We Will Rock You" and "We are the Champions". Freddie worked the fans that day as only he could. Essentially he grabbed them and squeezed them until their eyes watered.

I had seen them before at the old Wembley Empire Pool, but never so vital - they were back and relaunched their fortunes at the speed of light.

After LiveAid and for a couple of years, Queen were huge.

Freddie Mercury had some solo success with "Barcelona" (with opera star Montserrat Caballe), and "Living On My Own"

After 1989, as seems to often be the case, things went a little quiet.

In February 1991, "Innuendo" was released amid rumour that Freddie was very ill.

It didn't seem to matter so much as the album was full of great tracks - some of which had Freddie Mercury singing at the very top of his game. We saw in videos that he had become painfully thin and was clearly sick. The videos were shot in black and white or moodily lit.

"Innuendo", "I'm Going Slightly Mad", "These Are The Days Of Our Lives" and "The Show Must Go On" are to be honest, just magnificent.

It was a sad day when Freddie passed in 1991, as was the cause of his death.

We all loved him and still do.


Number of times seen:  1 + LiveAid
General note regarding the pictures:
I have no idea from where the stock photos of the artist on this page have come from, and I am not claiming any ownership.
If you would like a credit mentioned, please contact me.
(09 Oct 2015)
<< Back To A-Z List >>