My brother gave me the "Crime Of the Century" LP for Christmas that year and it is still my Desert Island Disc.
"Hide In Your Shell" is just plain beautiful, "Crime Of The  Century" brilliant and "Bloody Well Right" had a slightly naughty word in the lyrics to make your Mum's ears prick up.

Crime has a dedication "To Sam". This is a nickname for Stanley August Miesegaes, a Dutch millionaire who supported the band financially in the early days.

Videos... where's the videos ?
Unfortunately, there are no videos of the original Supertramp performances, which is a great shame.

There were two writers - Roger Hodgson and Rick Davies. It looks to me like Hodgson has pretty much tied things up - fair enough, he wrote and sang a lot of the bands songs - but in my opinion the solo live versions which are out there are very "thin". So sorry, I am not putting links up to those.

Stop bleating, what about after that

'75 brought another album "Crisis? What Crisis?", which again I seem to recall, Terry gave me for Christmas. I can't not help but smile about this as the guy on the album cover could very easily be my brother sunbathing at this time.
Crisis suffered mixed reviews, but myself and the fans liked it.
"Sister Moonshine", "Ain't Nobody But Me", "Lady", "The Meaning" and my favourite "Another Man's Woman" are great. 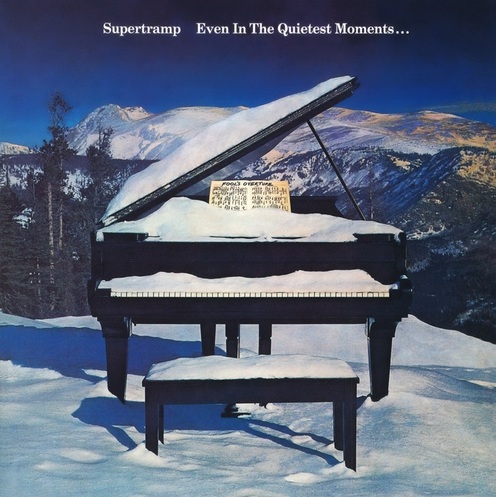 Apparently, the piano was left on a mountain in the Eldora Ski Resort and covered in snow - no Photoshop back then.
I believe that I first saw Supertramp around this time - at the Empire Pool at Wembley. I remember that there were power cuts to conserve coal supplies and that Chris De Burgh was supporting them. The start had to be delayed because there was no power, and Chris De Burgh came on to try and entertain the crowd with an acoustic piano rendition of "Hey Jude".

Until this point, Supertramp singles were less popular than the albums that they came from.

To a degree, this was turned on it's head by the next album, "Breakfast In America" from 1979. 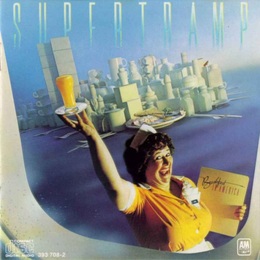 "The Logical Song", "Breakfast In America", "Take The Long Way Home" and "Child Of Vision".

I think I saw them again during this time 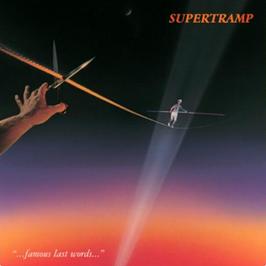 The last "real" Supertramp record - but worthy - Roger Hodgson left after it's release.


So, five solid albums - including my absolute favourite.

A good band. One of my top ten. 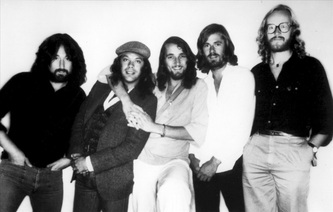 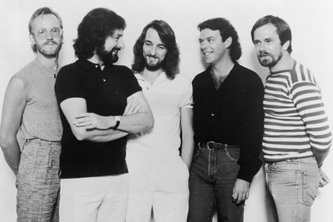 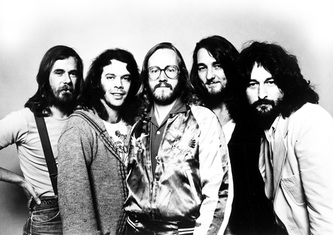 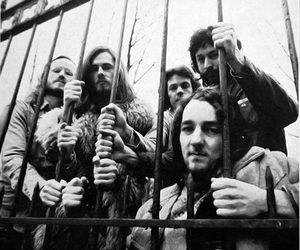 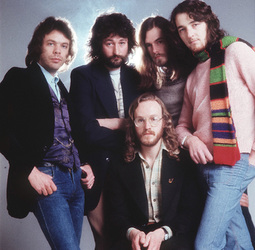 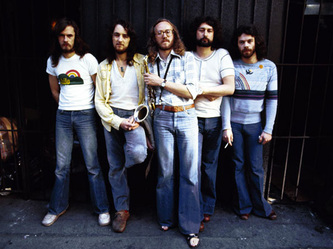 Number of times seen:  2
General note regarding the pictures:
I have no idea from where the stock photos of the artist on this page have come from, and I am not claiming any ownership.
If you would like a credit mentioned, please contact me.
(09 Oct 2015)
<< Back To A-Z List >>